Join us and participate in the true history and heritage of the Highlands as courageous as ‘Brave Heart’ and more passionate than ‘Outlander’ . . .

Celebrate and preserve Scottish history, heritage, culture and customs, from the Isle of Skye in Scotland’s Highlands to the four corners of earth and sea, where millions in the Scottish diaspora have traveled to and triumphed, over 9 centuries . . .

Make it your Vision.

Make it your Mission.

re you up to the challenge, the passion, and partnership of this vision and mission? As William Wallace once said, “Everyone dies, but not everyone lives,” and, “I have brought you to the ring, now dance if you can!” Dance a reel, play the pipes, quote Robbie Burns over a fine Highland Scotch, hike the Highland Way along breathtaking trails with a Border collie, enjoy the

blessed land where Robert the Bruce, William Wallace and countless others shed their blood for its freedom. Celebrate and preserve Scottish customs, culture, heritage and history through supporting Clan Donald Foundation.

Your personal invitation from the High Chief of Clan Donald awaits you.

articipate in and promote +900 years of history, heritage and success embodied in clann (clan), teaghlach (family). Clan Donald is the oldest, the largest, and the only one to have a High Chief and subsidiary Chiefs in their own right. We’ve been inclusive from the start and continue that legacy – through Clan Donald Foundation (CDF).

Through CDF, we extend the invitation for all to share Clan Donald’s and other Scots’ journeys from the Highlands onward around the world. It is right that we do so as millions of Scots have maintained Alba’s relevance through travails, travel, testament and settlement through the centuries and increased Clan Donald’s relevance as a people for 9 centuries – and beyond.

You may be like Clan Donald’s 1,800 members in the US, who celebrate their heritage through their thousands of hours, and thousands of dollars invested in hundreds of Scottish Games throughout America. Maybe you’ve been welcomed with our open arms through the famous comradery of Scots, Scotland and Celts. 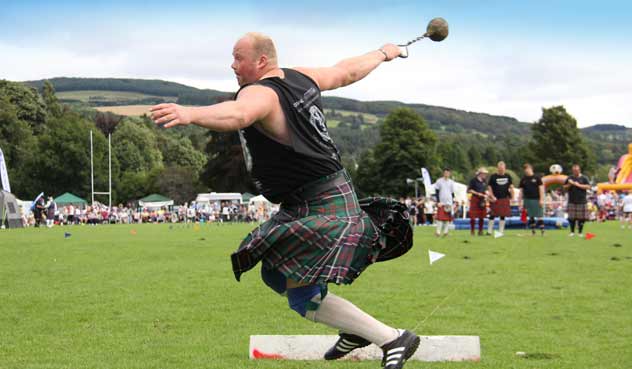 Or you caught the fever at one of the celebrations of our Clan Donald cousins in Scotland, Canada, Australia, or New Zealand, or our friends in other clans. Perhaps you simply have an interest in and passion for things Scottish, regardless of the race, creed or color of your ancestors. We invite you to indulge that passion of diversity – through Clan Donald Foundation.

Regardless of your reasons and rationales to share our love affair with Scotland, nowhere else is the epitome of being Scottish better exemplified than in Clan Donald, or Clan Donald’s spiritual home – Armadale Castle. Located on the Isle of Skye of Bonnie Prince Charlie and Flora Macdonald fame, one visit and you’ll experience something more dramatic and entertaining than ‘Outlander’ or ‘Brave Heart’. The truthful Highlands saga embodied at Armadale and through Clan Donald’s 900-year history will inspire you to preserve and promote Highland history and heritage for another 1,000 years through the non-profit arm of the greatest clan on earth – Clan Donald Foundation. 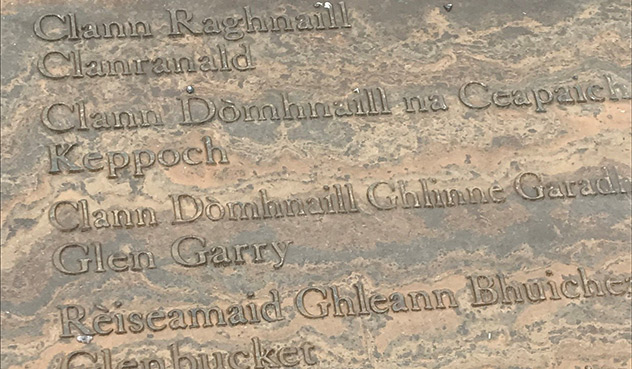 Donald Chiefs who fought at Culloden.

Your Own Invitation from the High Chief 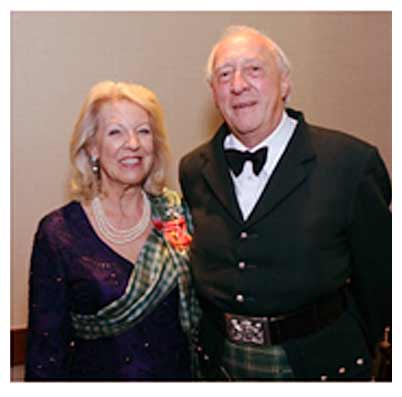 llow us to now offer your own Personal Invitation from the 34th hereditary Chief of Clan Donald, who descends directly from the ancient Kings and Lords of the Isles – to celebrate and preserve Scottish history,

As High Chief of Clan Donald, it gives me the greatest pleasure to send this invitation to all around the world dedicated to Clan Donald Foundation’s goal of “celebration and preservation of Scottish history, heritage, culture and customs.” Whether members of Clan Donald or friends from all races, creeds and colors with a love for the magic of Scotland and things Scottish, we invite you to practice and participate in your passions through Clan Donald Foundation.

A charitable, not-for-profit corporation [IRS 501 (c)(3)], U.S. citizens can make tax deductible contributions to promote Scotland and Clan Donald through education and preservation. The Foundation empowers individuals to study Scottish heritage by awarding scholarships. CDF supports museums, libraries, charitable and educational organizations to preserve Scottish history, heritage, culture and customs by awarding grants. Through your support, others who share your passion for Scotland and things Scottish will have that same opportunity for centuries to come. As the living direct descendant of the ancient Kings and Lords of the Isles, I believe you can help extend the Clan Donald, Highlands, and Scotland legacy into another 1,000 years.

Lady Claire and I hereby invite you to participate in everything from the preservation of Armadale Castle and its incredible gardens, museum, libraries and educational organizations, to programs showcasing the significance of the Isle of Skye, the Highlands, and Scotland through and from those in royal courts to the grace and courage of our Native American Scot descendants.

My late father brought Clan Donald USA into existence, agreeing that it should be an extension of the clan in Scotland and not just another society. That spirit lives in me to this day as High Chief, a feeling extending to those living many thousands of miles from their original homeland, and millions more who share a love for Caledonia. In this invitation, I encourage your support and participation in the legacy of a clann (clan), teaghlach (family) which married Norse Viking and Scottish Celt in its inception, and whose legacy represents the best of the Highlands for 900 years.

Drawing strength of different ‘races, creeds and colors’ from our very inception, we welcome your support of that commitment, vision and mission to all interested in preserving and celebrating Scottish customs, culture, heritage and history. This vision has been perpetuated and strengthened since I became High Chief in 1970. In this day and age when there seems to be so much uncertainty in so many aspects of our daily life, I am firmly of the belief that true fellowship and partnership are more important than ever – both those related through blood within the clan; and through the passion of all those wishing to celebrate and preserve Scottish history, heritage, culture and customs through Clan Donald Foundation. Where else can the two join to participate and promote 900 years of history?

I am extremely proud to be the High Chief of Clan Donald, and am committed to giving leadership to both clan members, and guidance to those wanting to celebrate and preserve Scottish history, heritage, culture and customs the Clan did much to define. In this way, we give vision, mission and meaning to a very special way of life, while inviting others to support a 900-year family legacy - through Clan Donald Foundation.

Whether you wish to help preserve the unique and priceless Armadale Castle and its incredible gardens, museum, libraries and educational organizations, or sample for yourselves the significance of the Isle of Skye and the Scottish Highlands, we welcome you with open arms – through Clan Donald Foundation.

A Message from the President 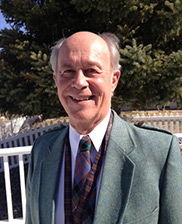 As the new President of Clan Donald Foundation I want to welcome you to our website.

Many of you who have been involved in Clan Donald USA may recognize me as a past Texas Commissioner, National Historian, and founder of our world-wide genetic project. This website focuses on the important charitable activities of the Clan Donald Foundation which supports Scottish activities in the U.S. and Scotland.

On behalf of the entire Board of Directors, Directors Emeriti and team, I would like to thank the members of Clan Donald and all other patrons who have supported CDF’s purpose to “preserve and to promote the customs, tradition and heritage of the Scottish people.” Not only was the Clan Donald Foundation established early in the Clan Donald USA’s history by Clans folk with a vision, but it was organized as a way for Americans to support the Clan Donald Lands Trust in Scotland, and other overseas charities, with tax deductible contributions. Accordingly, we welcome the support of all those in the U.S. and around the world, regardless of your own history, heritage or background, who support CDF’s commitment, vision, and mission to preserve and celebrate Scottish history and culture.

Clan Donald Foundation was also set up to support organizations and individuals in the United States who personify and embody our mission. Whether we: help a piper or dancer continue their training; a student pay for Scottish studies tuition; provide much needed preservation to a monument of historical significance; assist a battlefield to honor Scots who fought and died for their country; or repair a roof at Armadale Castle and Gardens. What we do is generously and directly funded by Clans folk and other friends of Scottish history and heritage – like you.

Without your kind past, present and future donations, we would not have been able to support the great projects we have been honored to be a part of. No donation is too small, or too large. In fact, we have received individual contributions ranging from $10 to $100,000 from very generous people like you who give from the heart.

Our hope is that this website will be a continuing resource for you, so that you can be a part of tangibly supporting Clan Donald Foundation in our mission to preserve and celebrate Scottish customs, culture, heritage and history for years to come. 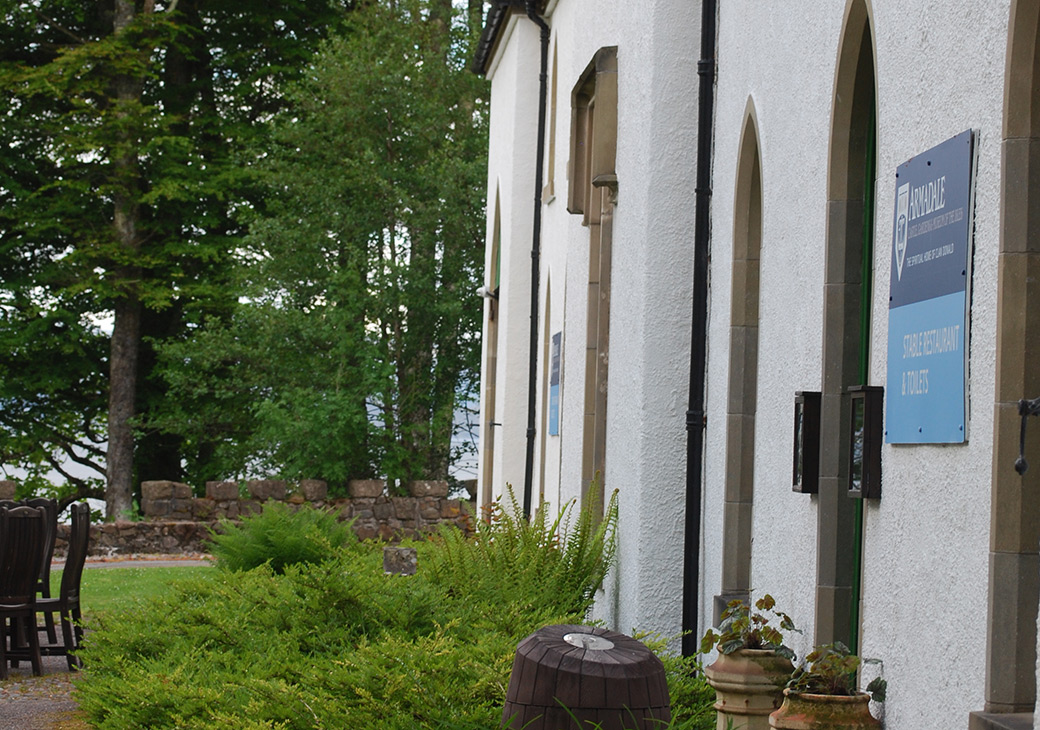 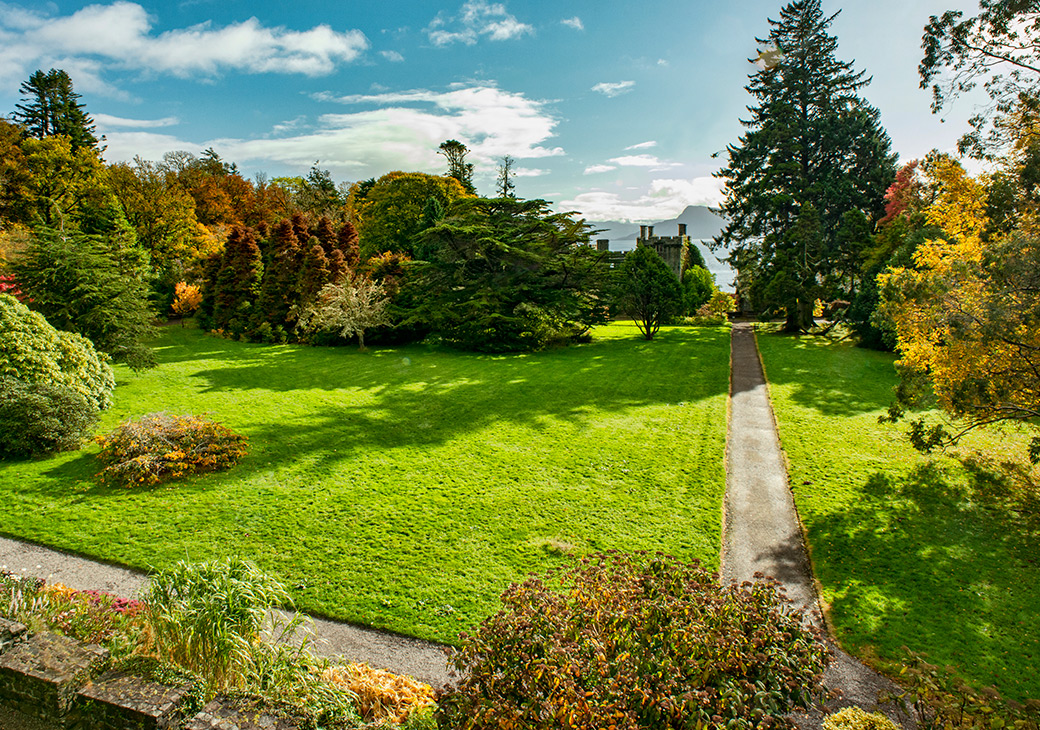 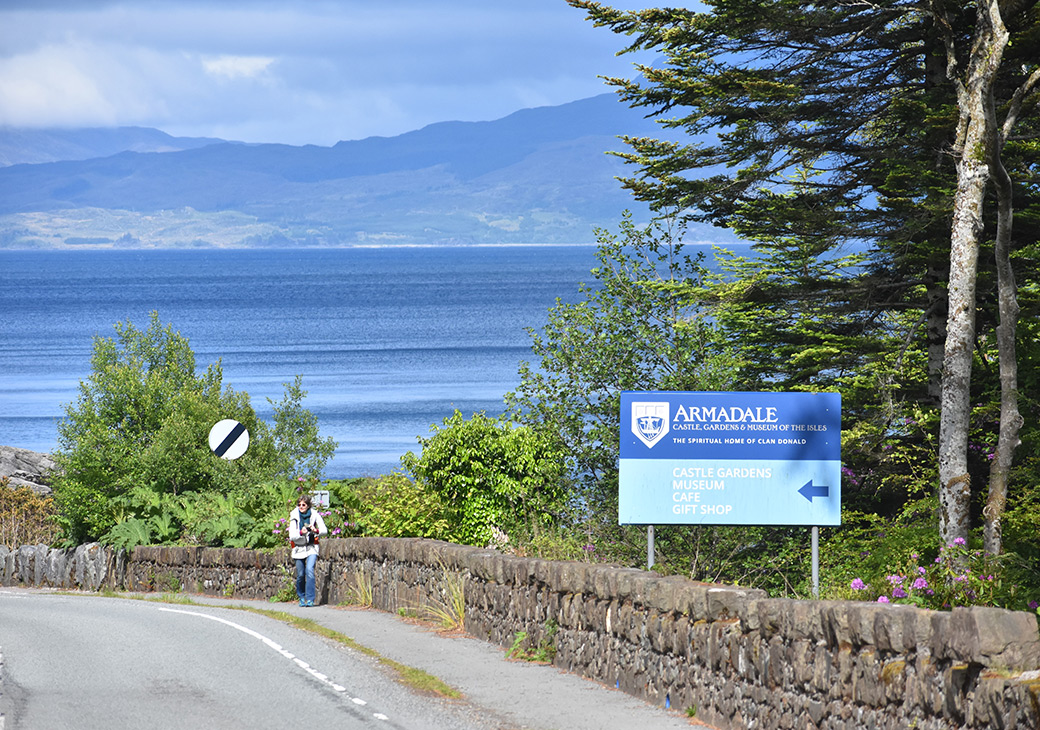 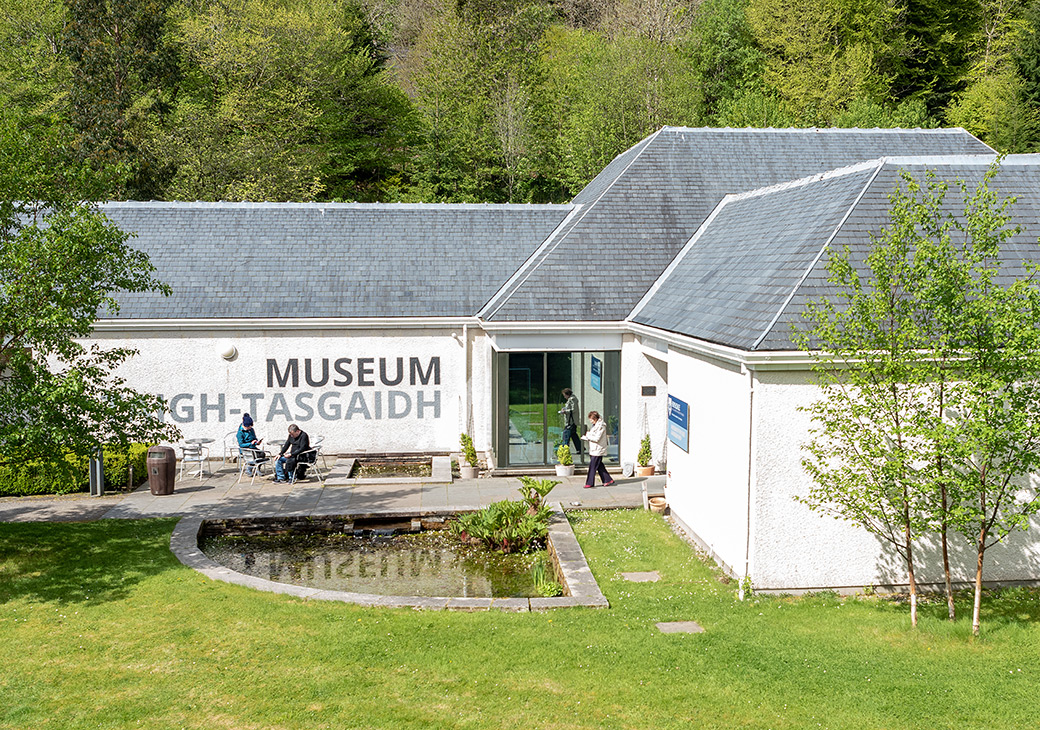 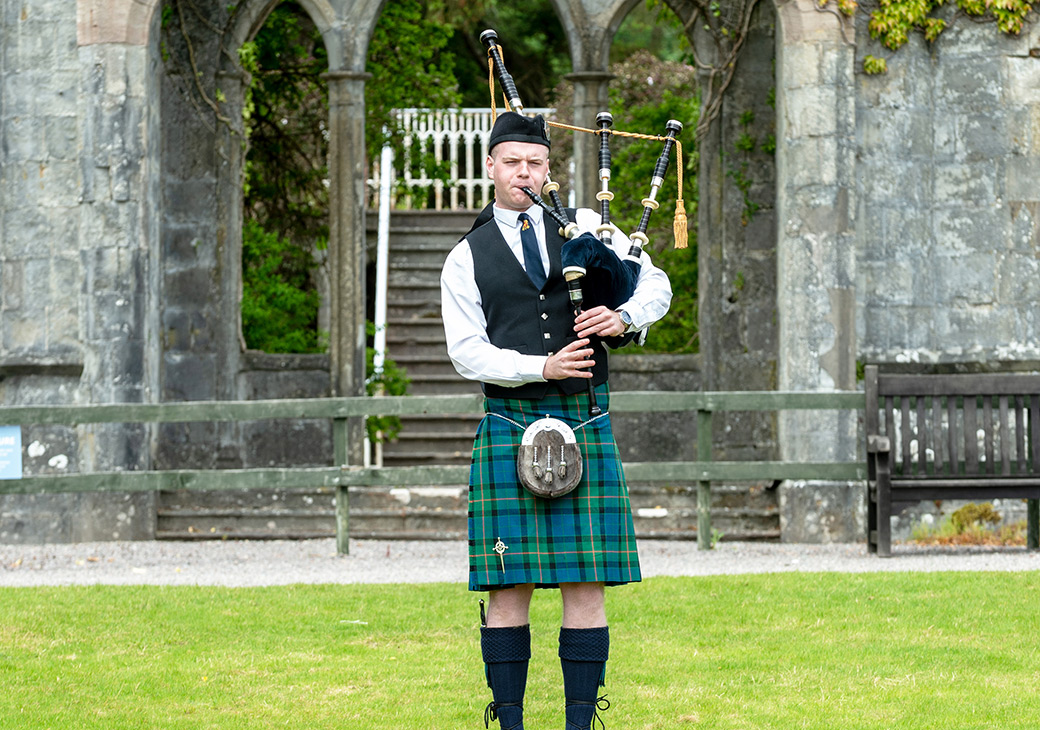 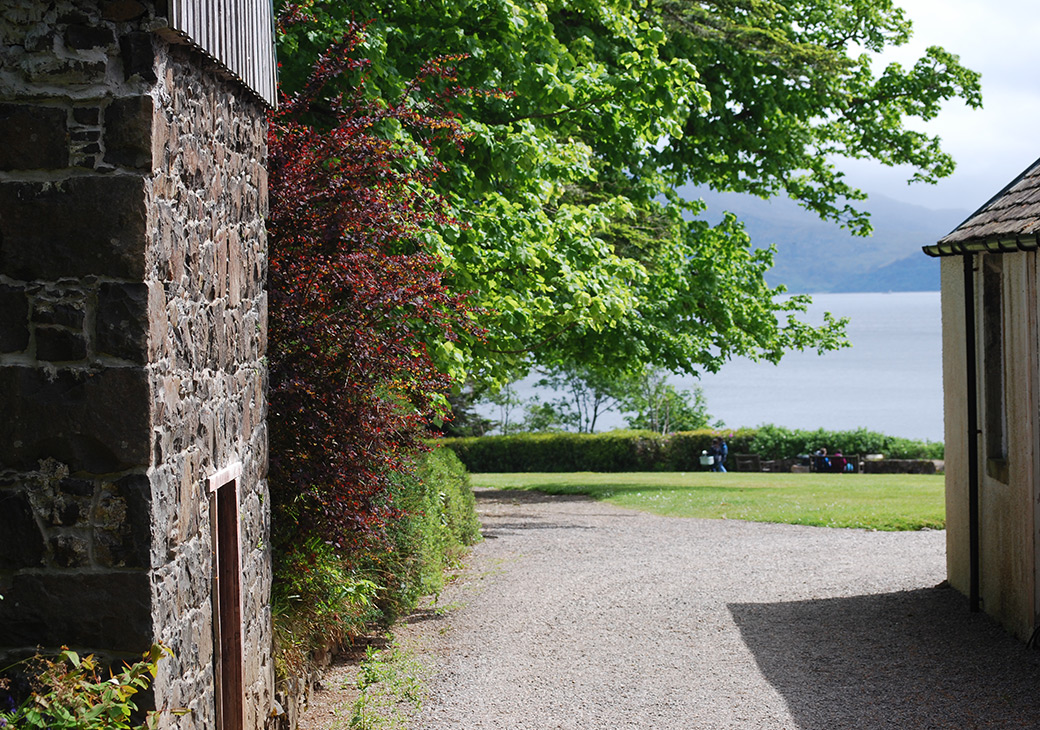 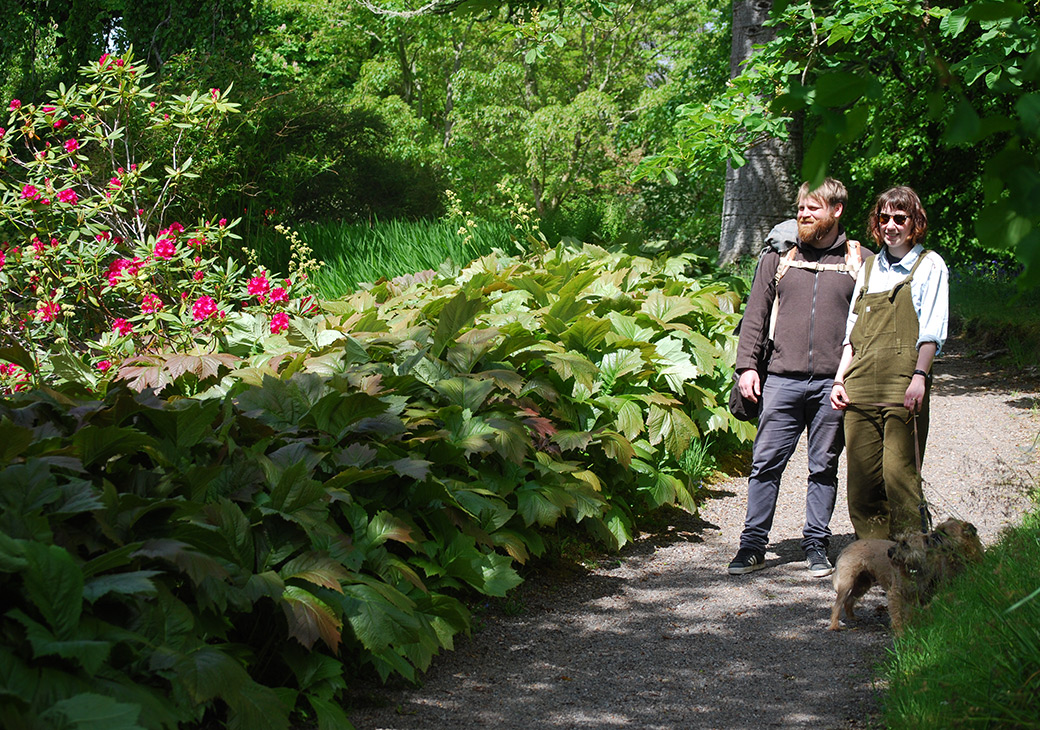 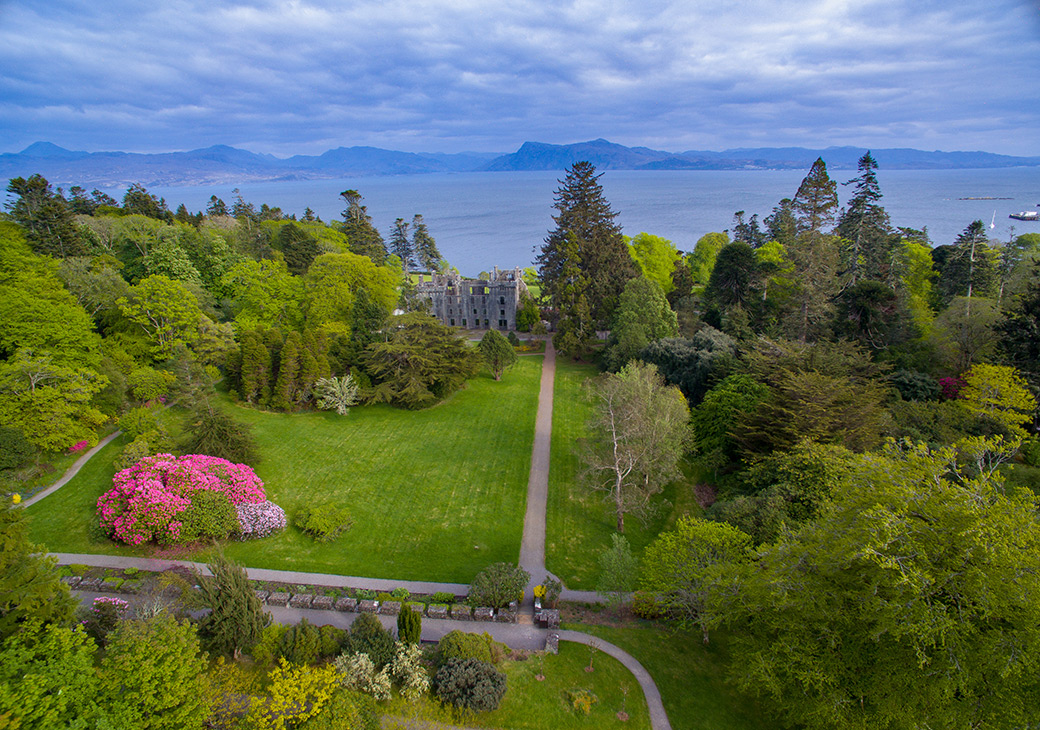